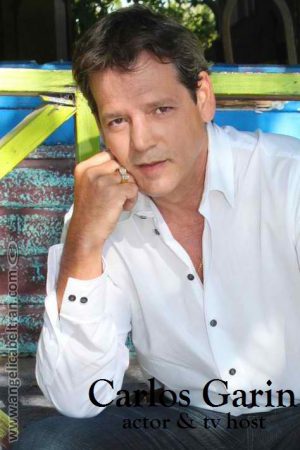 Born in Cuba, in the bosom of a family deeply rooted in the performing arts. Graduate of the Higher Institute of Art, begins his artistic career as an amateur in 1981 with 17 years, starring in Casa Don pure theatrical clothing Manuel Galich, with the smiling. In exile he studied social communication as a complement of his career, in the FACSO of Ecuador. In theatre he has starred in important pieces of the universal theatre in several countries, accumulating more than 30 representations.

With the company Wit Teatro has participated in his sets, Puss in Boots, Decameron and Hamlet case. On Tv, he has participated in more than 40 telenovelas in the USA, Ecuador, Colombia, Peru and Mexico. among others dominated heart; The tattooed; Lady and Chocolate, dog love; Aurora Rosario someone looks at you; Foreign sins, with Telemundo and love bought; Rosario and Cosita Linda with Univision.

In cinema, he has starred in films like a Man and a river (Colombia-Ecuador); The white death, of Ken House (USA); Piscolabis, by Orange Bite (USA); Passion Cave (USA); Aura of Dguen Anouk (Sweden); Red Tide (USA) and Dreams and Freedom (USA)